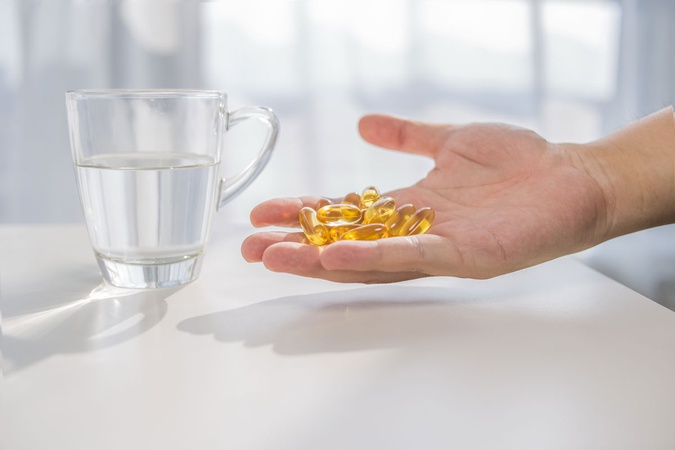 Getting to know the Benefits of Taking Omega IQ Supplements

For eons, the concept of consuming fish as a food for improved wellbeing has been in our species canon. There are dozens of health benefits to be gained from eating fish, with most being directly related to Omega-3 fatty acids found in fish oil. In fact, Omega-3 is one of the most studied nutrients and Omega-3 supplements are among the most well-sold around the world.

The laundry list of health benefits gained from taking Omega-3 supplements reads almost like it is a miracle tonic, when in reality fish oil supplements are simply natural boosts to your brain and body. Everyone from athletes to students to working people take Omega-3 supplements for improved physical and mental health effects.

Now is a great time to start taking fish oil supplements and take an important step to better your overall health. First BioHealth Omega IQ is made from 1100 mg of cod liver oil as well as vitamins A and D3, and is an effective way to give your body a daily boost. Here are just a few of the many wellness boosts and improvements you can expect when you incorporate Omega IQ into your daily health routine.

Have you ever wondered why fish is considered brain food? That’s because two Omega-3 fatty acids found in fish oil, EPA (eicosapentaenoic acid) and DHA (docosahexaenoic acid), are essential for our brain function and health.

DHA, in particular, is the principal fatty acid in cell membranes that make up healthy grey matter in the brain. DHA serves as a foundational element in your brain that is involved in maintaining overall brain health and promoting growth. In essence, increased levels of DHA in your brain improves its overall function.

Those who take Omega IQ supplements have reported increases in their ability to focus and have felt more energy and cognitive acuity. Knowing that DHA plays such a critical role in the structure of your brain supports these claims of brain power enhancement.

In a similar vein, Omega-3 supplements have been known to lower the risk of suffering from depression. They have also been prescribed by doctors to patients with depression and anxiety as an additional treatment in conjunction with their medicine.

While there have not been any peer reviewed studies that conclude a relationship between Omega-3 supplements and depression, it is believed that the improved brain activity and function play a role in fighting off the causes of these illnesses. The mental clarity and increased energy from taking Omega-3 supplements counter the lethargy and fogginess often accompanying depression.

Similar to their value to the brain, Omega-3s support healthy heart function and blood flow. They help reduce plaque in the arteries thus helping keep blood pressure down. Some studies have also shown that they reduce triglycerides in the blood and help prevent the formation of blood clots.

Omega-3 fatty acids are so important to your heart health that the American Heart Association recommends eating fish at least two times per week. This can be hard for some as many do not prefer eating or are allergic to fish, or do not have access to it at all. Omega IQ supplements give you the flexibility to address other nutrition areas with your diet while still getting the recommended amount of Omega-3 fatty acid your body needs.

DHA is also the main fatty acid found in your retinas. Much like it does in the brain in fortifying the cell membranes in gray matter, DHA helps strengthen the retina and prevent degeneration of the cells.

Omega-3 supplements are often recommended to patients with eye conditions as a way to slow the effects of impairment or blindness. If you are sitting in front of a screen all day, you may want to consider including Omega IQ into your diet to combat any harm done from overusing your eyes.

It’s clear Omega IQ can give your body and brain the boosts they need to improve overall health and wellbeing. By taking two capsules with a large glass of water before eating, you’ll feel more energized and think with more clarity throughout the day.